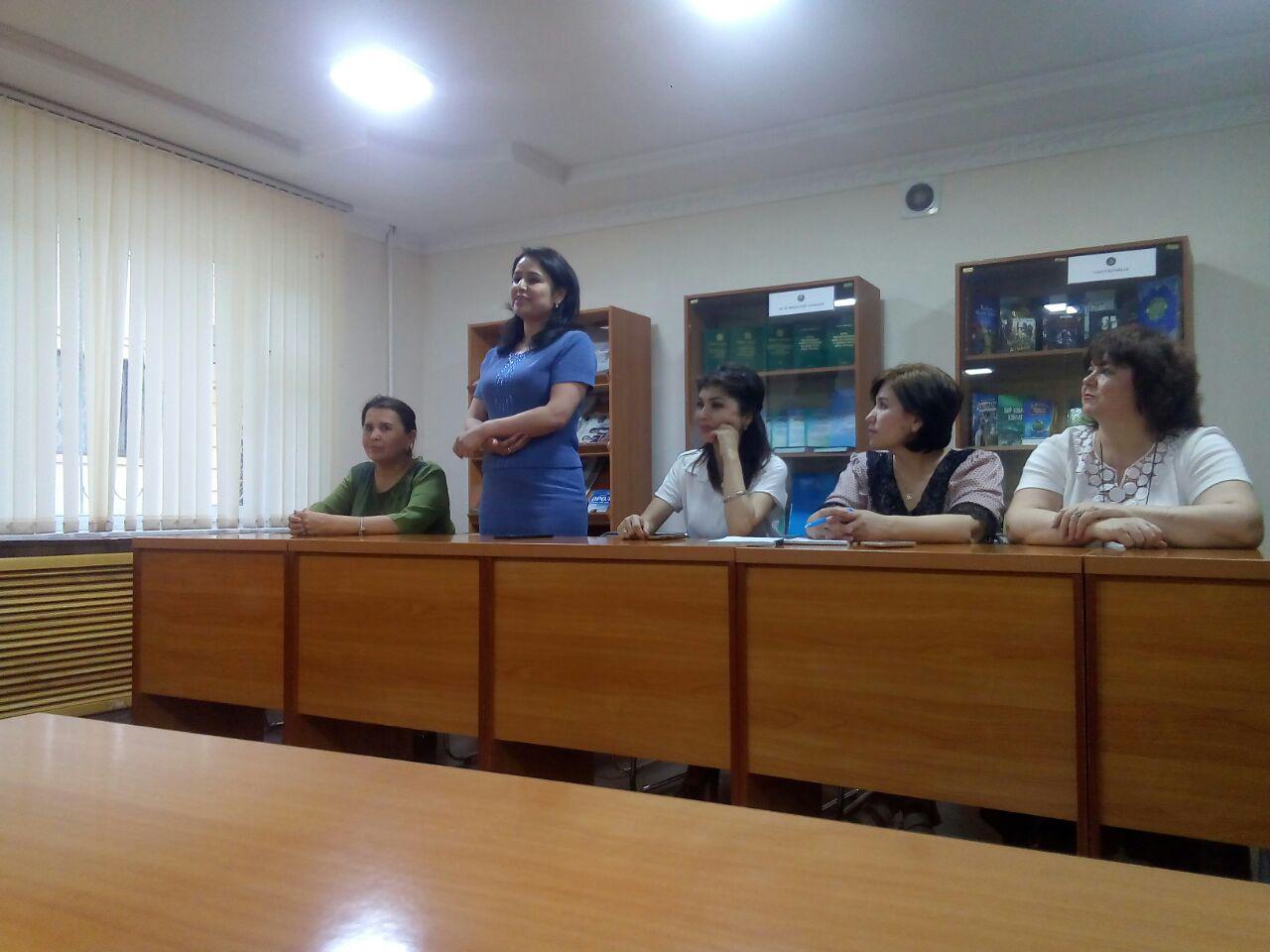 It is well-known that the
primary goals of raising the spirituality of young people, popularization of
reading books among them, raising awareness on information and communication
technologies, the attraction of art and culture to young people, have been
identified and the President has made five major initiatives.

Within the framework of
this initiative, targeted tasks are set for the systematic work organized at
the Kamoliddin Behzod National Institute of Fine Arts and Design, and various
spiritual and educational events are being held.

On June 13, 2019, the
Chairwoman of the Women’s Council O.Otajonova, the deputy dean on Education and
youth enlightenment F.Khasanova, and Kh.Khasanov gave a lecture on the
implementation of the fourth and fifth initiatives of the President the
roundtable was organized to attract readers and their leisure time. People’s
Artist Aziza (Khushro) Mamatova and poet Nurkhon Elmirzayeva, editor-in-chief
of the 21st Century newspaper, participated in the event.

At the beginning of the
round table, the chairwoman of the Women’s Council Odina Otajonova opened the
meeting. She introduced the students to the present interview – A.Mamatova and
N.Elmirzayeva and gave them the floor.

Measures to promote the
spirituality of young people aimed at achieving the objectives of the fourth
initiative and the promotion of reading are continuing. The artist A.Mamatova
emphasized the importance of the five initiatives of the President in promoting
the spiritual wellbeing of young people. She pointed out that “the
strength of today’s youth, the thirst for science, the growing number of
additional professions, is the of the future.”In the issues of attracting
young people to reading, the artist has come up with interesting information in
his books reflecting his work and creative experiences. Each student sitting in
the circle of A.Mamatova’s life and creative activity asked questions and
received relevant answers.

All five initiatives put
forward by the President have been a significant event in the socio-cultural
and cultural life of young people and women. This roundtable is organized to
support students’ interest in sports, culture, and literature, regardless of
their orientation.

The poet N. Elmirzaeva
congratulated the young men and women with their creative work and talked about
the necessity of the formation of spirituality and culture in their upbringing
and the relevance of the great importance given to it in our day. The poet read
her poems like  “Mother”,
“Youth,””Talented Years,” and “Poor”, which are
important for the upbringing of young people. These poetry verses, which can
meet the inner experiences of the human being, undoubtedly have a profound
impression of students in the lives of human beings, the value of the time,
respect for human emotions, love, and love for the sake of good.

The interview ended with
the People’s Artist A.Mamatova, poet N.Elmirzayeva, and students’ questions.
Otajonova Odina, the chairman of the women’s committee of the institute
participated in the interview, O.Rahmonova, the director of the IRC of the
institute, S.Sagdulina, the deputy dean H. Khasanov, and the participants
thanked A.Mamatova and N.Elmirzaeva for the interesting interview.