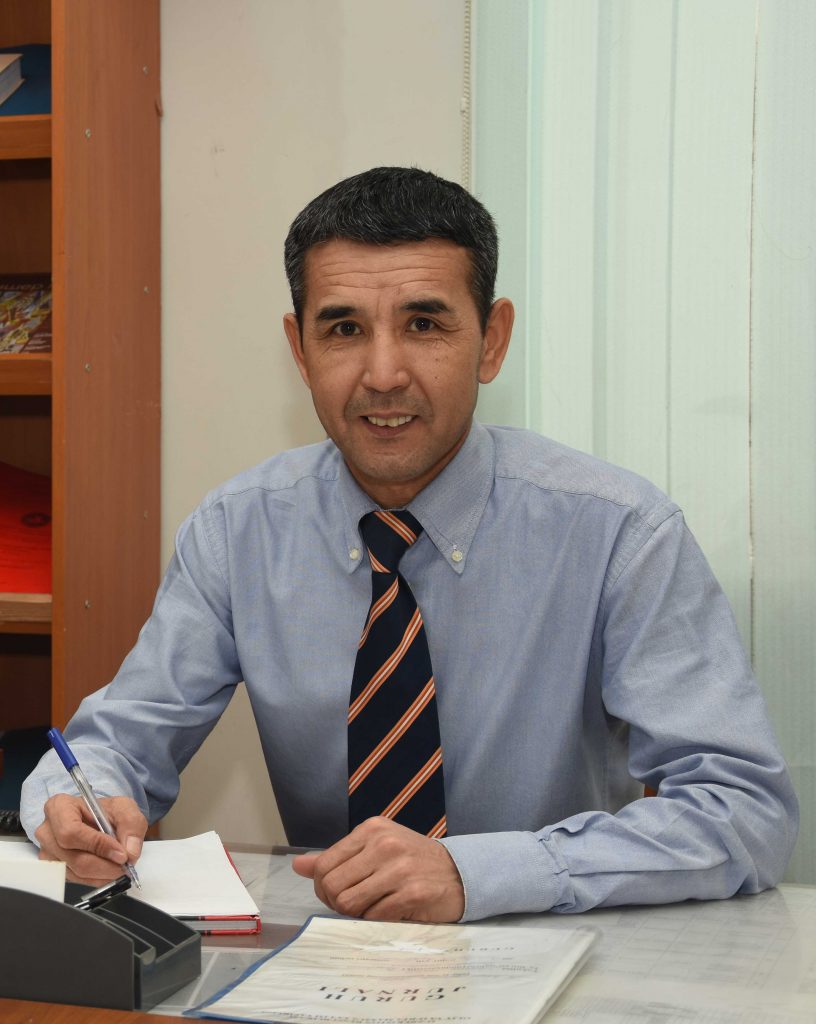 The head of department: E.Kh.Khaitov

Subjects taught by the department

-Work in the material

-Material science and the technology of painting

-An artistic solution on easel painting

The history of the creation of the Department of Painting is inextricably linked with the history of the Faculty of Arts, formed in 1954 at the Institute of Theater Arts. Higher art education has become an important factor in the development of the fine arts in our country and for many years has responsibly fulfilled the task of training specialists not only for our country, but also for the republics of Central Asia.

Initially, there was one department, represented by groups of easel and theatrical – decorative painting.

In subsequent years, reflecting the urgent needs of the republic for artistic personnel with higher education, the faculty was replenished with departments of graphic art with profiles of easel and book graphics, political posters, monumental and decorative art specializing in monumental painting and sculpture, ceramics, industrial graphics, interior design and restoration of architectural monuments, history and theory of fine arts.

The painting department served as the nucleus for the formation of all departments. The first reception was carried out in 1954 and the privileges were U. Tansykbaev, O.K. Tatevosyan and then still a young specialist, a graduate of the Leningrad Institute of Painting, Sculpture and Architecture. I.E. Repina R.A. Akhmedov. Initially, 22 students were admitted to the first year, and in 1960 the first graduation took place. Among the first teachers were the head of the department O.K. Tatevosyan, R.A. Akhmedov and V.A. Ryftin.

In 1956 B.I. Urmanchi, V.S. Podgursky and A.A. Gadetsky. The department was headed by Associate Professor Dudnik.

In 1960, V.M. Kovinin after graduating from the Kharkov State Art Institute.

All these teachers were or later became prominent artists of the republic.

In 1961 the department begins its independent activity. Associate Professor R.A. Akhmedov. In subsequent years, the department was headed by M.A. Saidov and N.M. Kuzybaev.

The department was joined by new graduates of the Institute. I.E. Repin: In 1976 S.A. Abdullaev, M.N. Nuriddinov. 1977 G.A. Artykov, 1979 S.G. Rakhmetov. Among the graduates of our institute in 1977, artists such as R.Z. Rizomukhamedov, and later they were joined by M.E. Tashmurodov, J. Rakhmanov. R.A. Akhmedov took A.T. Ikromjonov.

The aim of teaching easel painting was to provide teachers of painting and drawing for art institutions of the country and this institute. 22 students were selected for the newly opened painting department. At the same time, a department was created and its first head was approved by Professor O.K. Tatevosyan.

I.F.O. and the academic degree of teachers of the Department of Easel Painting:

Number of teacher-professors in the general headquarters 17

Associate professors of the institute – 4 people

The scientific potential of the department is 47.8%.

DEPARTMENT OF MINIATURE AND BOOK GRAPHICS