THE DEPARTMENT OF “THEATRICAL DECORATION” 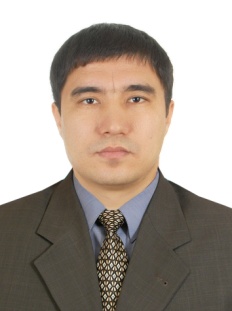 In 1954 at the Institute of Theater and Art named after S. Ostrovsky was organized the department of “Theatrical decoration”. Today, according to the Decree of the President of the Republic of Uzbekistan from March 11, 1997, one of the pulpit of the Faculty of Fine Arts of KamoliddinBehzod National Institute of Arts and Design. At the bachelor’s theoretical part of the department “Theater Decor”, “Theatrical Decorations”, “Film Solution” and “Multimedia and Computer Multiplication”, as well as master’s thesis on “Fine Art Cinema” and “Multimedia and Computer Multiplication” is educate cadres.

About the directions and specialties of the bachelor’s theoretical decoration

5A150803 – Master of Cartography in Cartoon and Computer Animation;

Direction of film resolution: Professor Hasan Aminov, associate professor MavzurMahmudov, senior teacher Ahmad Boboev, young teachers FurqatBozorov, teacher ShamsiddinIbragimov and Art Kenzheev. In the field of visual decision of the film is the main link in the preparation of cinematographers of the subjects: Coloring, Coloring and Composition, Fundamentals of Film Directing, Cinema Composition, Modeling, Design of Cinema Decor, Color Technics and Technology. There are 2 professors and teachers in the direction of “Cartoon and Computer Multiplication”, the honored worker of culture of Uzbekistan, the senior lecturer M.Makhmudov (the teacher and the doctor N.Haydarova The most popular animated films include “History of Billiard”, “Happy Shahzoda”, “Bulbul”, “Susambil”, “Horse” and other animated films. Aziz Mukhamedov, a student of M.Mahmudov, studied in Multimedia under Uzbekfilm, animated films such as “Two Neighbors and Melons”, “Road Rules” ShermatovaKhilola works as an animator in animated films such as “Alla”, “ShodmonParon”, N.Haydarova, Uzbek multiplica He is conducting scientific research in the development of textbooks on the development of art of Tsi. At present, more than 10 specialists are trained at the master’s degree and are currently working in existing studios in the country. Multimedia and Computer Multiplication is a part of magistracy specializing in color theory of theatrical drama, in which qualified teachers-teacher ShukhratAbdumalikov, docent MavzurMaxmudov are working.

The professional activity of the undergraduate includes:

Theoretical solution of cinema magistracy specialization: The department of theatrical art, in this direction qualified teachers – assistant professor Hasan Aminov, docent MavzurMakhmudov will teach their skills and knowledge. An illustrative solution of the film and the film will be a master’s degree in the field of magistracy. The artistic decorative drawing, artistic decorative painting, artistic solution in the composition of cinema and TV,

DEPARTMENT OF MINIATURE AND BOOK GRAPHICS